Showing posts from September, 2012
Show all

All This Years Ski Movies 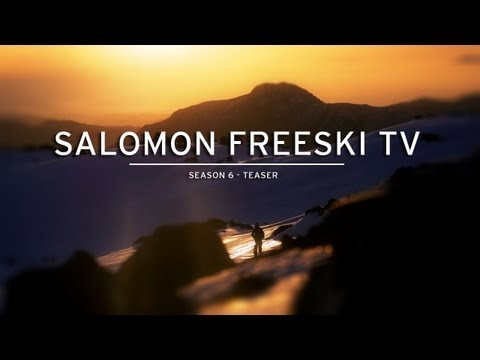 The Trailer Park All of this year's ski movie trailers in one place by:Powder MagazineSuperb!
Switchback Entertainment: Salomon Freeski TV

Inspired Media: The Education of Style

Legs of Steel: Hurt So Good

Two-sentence description of featured boots:
The AdaptEdge 100 features Adaptive Fit Technology, which allows the user to switch the boot between a 104mm last to 102mm last. This technology not only changes the fit of the boot, but the performance as well.


What current trends do you plan on pursuing next year?
We continue to focus on performance and fit. As the most positively reviewed boot brand in the market, providing the consistent fit and performance that we are known for is our highest priority.

What new construction techniques, technologies or materials do you see hitting the market next year?
The advancement of self-adapting technologies w…
Post a Comment
Read more

Target market with the featured skis: Advanced Intermediate to Expert level skiers looking for all-mountain skis. We prefer to call them “Allride” skis.

Two-sentence description of featured skis:
The REV 105 features ERA 3.0, “Rocker Done Right” and delivers versatility not yet seen in a 105mm ski.  The incredible 16m turning radius and oversized sweet spot allow this ski to transition between changing conditions with effortless aplomb.
W’s Mya No. 8 Ski

Target market with the featured skis: Advanced Intermediate to Expert level skiers looking for all-mountain skis. We prefer to call them “Allride” skis.

Anatomy of a Ski

Skier's Diet: Muscle Building Foods Super foods that will make you super fit this ski season. By Kellee Katagi
As you coax your muscles back into ski shape, fueling them well can add heft to your training. Your instinct is likely to reach for a steak (and rightly so: A 2009 study in the Journal of the American Dietetic Association found that eating four ounces of steak after a workout built muscle 50 percent better than a placebo), but these other strength-building foods may surprise you. 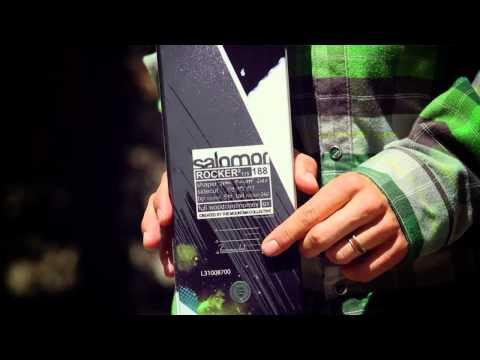 Who else is planning out their quivers for this winter? Take a look at the 2012/13 Freeski line from Salomon, from the Cody Townsend inspired Rocker 115 to the new Salomon Guardian A/T binding. Courtesy of  Earlyups.com

2012/13 Salomon Rocker 2 115
The new Salomon Rocker 2 (115mm) is supposed to be a more charger version of the Rocker 2 120 from last year. Stiffer flex, less splay and a longer turning radius. Looks like both a great everyday ski for places like Tahoe and Jackson or a charger for big mountain dudes like Cody Townsend and The Swedes. Dimensions @ 188cm: 139-115-131. 21m radius.

The 115 Rocker 2 hanging out amongst some other good choices on the Salomon ski wall.

Shame really but it was announced today that the 2013 Aspen Winter X Games won’t include Ski X and Snowboarder X. It will be the first time in the Games’ history that the course will not be included and also rules out Mono Skier Cross for the 2013 games.

Snowboarder X was one of just three events that have run consistently since the start of the games along with Snowboard Superpipe and Slopestyle.

Tim Reed, senior director of content strategy for ESPN X Games, said of the decision, “It just comes down to filling the schedule with how much we believe we need to make the event enjoyable to the fans and deliver on what we need from a product standpoint."

How a ski brand went belly up!

How to go Belly Up! After a short-lived North American life, CoreUpt went into bankruptcy earlier this month. The French ski brand, which started selling direct to consumers in 2009, was distributed in North America since the 2011 season via The Soze Group in Canada.

But with a myriad of problems, CoreUpt reportedly owed its creditors too much money and went belly up before getting products made for the 2012-13 season.

Skiing Business caught up with Jay Taylor, the president of The Soze Group, to find out why a brand that’s gaining momentum was stopped abruptly.

So you guys sent cancellation orders to your retailers?
Yeah. We tried to guarantee our production using our own cash flow, but the guys at CoreUpt wanted a piece of the action in order to manage everything. The factory didn’t agree to the terms we were trying to get, and the deadline for a production run was June 1. It would have ended up costing too much money for the 2012-13 skis to be made.
In the end, we couldn’t get eno…
Post a Comment
Read more

15 Minutes With... Seth Morrison Courtesy of Fall Line Ski Magazine Seth Morrison is a legend. Who loves a huge cliff and a back flip. He’s seen and done it all, and starred in some huge ski movies. He talks to Nicola Iseard about his biggest inspirations, filming in Alaska, and why even he gets the fear off-piste in Chamonix.FL: You're a ski hero to a lot of people. In fact, you're acknowledged as one of “the most influential skiers of our time.” Did you have a ski hero growing up? Do you still? SM: Growing up, it was Pirmin Zurbriggen and Ingemar Stenmark. I was really into my racing, and those guys were the big guns back then. It soon switched to Scot Schmidt and Glen Plake. They were doing things we'd never seen before. They were new influences, new and fresh to us as kids.
FL: And today? SM: This guy Andreas Fransson, he's been doing some crazy stuff lately. He's just had a pretty gnarly trip in Denali, going for one of the first ski descents out there. There&#…
Post a Comment
Read more
More posts