Showing posts from June, 2018
Show all

A brief history of Morzine

June 30, 2018
he polar opposite of 1970s tower-block resorts like  Tignes  and  La Plagne , the beautiful, charming ski resort of  Morzine  began life as far back as 1090. The area was one of only two crossing-points over the river Dranse and as such was of great geographical importance. Around the start of the 12th century, Cistercian monks began arriving in the area of St Jean d’Aulps on pilgrimage from other areas in  France , most notably Dijon. The term Cistercian comes from the Latin ‘Cistercium,’ which was the name given to the Dijon village of Cîteaux from whence the monks mostly came. By 1181 they had fully established themselves in St Jean d’Aulps and in the surrounding territories, and Morzine became a “monastic grange” from the abbey of the same name. For the monks of the day, the monastic granges were bases from which they could work the land, provide their communities with sustenance and divide up clothing, utensils and building materials amongst the population. The monks prospered f
Post a Comment
Read more

Why Morzine France should be your next Ski destination 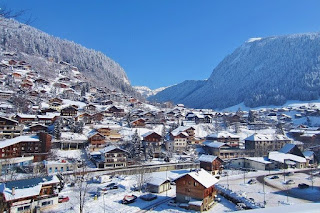 Why Morzine France should be your next Ski destination By  melbtravel When asked what my favourite  ski  resorts are around the world,  Morzine  France is always in my top 5. It is a resort that suits all types of groups from family  ski  holidays to a bunch of friends flying in for a weekend. It offers a wide range of activities on and off the slopes and also has a large selection of restaurants and pubs to cater for your needs. Not to mention it is part of one the biggest ski areas in the world,  Portes de Soleil,  with over  650kms  of runs and is only around an hour and a half from  Geneva   airport . Because of this, it is fast becoming incredibly popular with British skiers/snowboarders. Out of the 12 resorts that make up the  Portes  du Soleil   ski  area,   Morzine  is the largest and probably the most convenient in regards to resort hopping. It is one of the reasons why I have been here on several occasions during the  ski  season. It is also the only resort,
Post a Comment
Read more

June 22, 2018
Why the Portes Du Soleil keeps solo skiers coming back! The solo ski experts at The Ski Gathering tell us what is attracting first-timers and veteran solos to Morzine, Avoriaz and Les Gets. The Ski Gathering offer  singles ski holidays  for individuals and sociable pairs. They have chalets in Morzine, Les Gets and Meribel. To find out more, visit  www.theskigathering.com . Across the board, solo travel has grown enormously in recent years, mirroring a general trend in ‘independent’ and socialising hobbies. Today, people use apps and websites to find flatmates, meet gym buddies, arrange car shares… and plan their solo-travel adventures. This is particularly noticeable with ski holidays, where solo travellers are increasingly making their mark. Some solos prefer to ski alone, enjoying the total freedom of the mountain. But most see it as a social opportunity to meet other skiers or boarders and avoid paying the empty-bed supplement. For the latter group in particular, th
Post a Comment
Read more 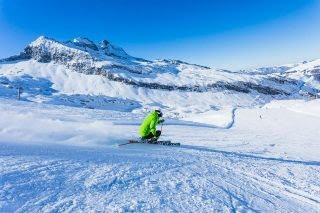 STORY BY  Megan Hughes   31st October 2017 A hugely popular ski area, Les Portes du Soleil is one of the top destinations in the Alps. Here at InTheSnow.com we are giving you a rundown of 7 reasons why you NEED to visit Les Portes due Soleil this year. 1. Size Matters With over 650km of marked piste and 196 lifts, Les Portes du Soleil is one of the largest ski areas in the world. It boasts over 300 runs, 2/3 of which are either red or blue, meaning that skiers of every level will be able to enjoy themselves with an abundance of runs to ensure good variety throughout your visit. Due to the immense size of the ski area, there are good pre-marked trails and circuits that are often popular with holidaymakers due to the ease that comes with their being well signed. If you prefer to make your own routes however, this is simple too thanks to a  free app  that creates and plans routes based on your ability level and preferences. You could spend a whole season there and never get bore
Post a Comment
Read more

Gender Labels on Skis Are Meaningless

Gender Labels on Skis Are Meaningless For a lot of gear, having male or female body parts matter. But not when it comes to skis. PHOTO: Steve Lloyd A former racer who grew up in Government Camp, Oregon, Keree Smith, 25, likes to ski fast. She wants to rail turns and feel the energy explode out of her ski. She is an aggressive skier and, at 5-foot-7, she's looking for a ski between 179 and 182 centimeters long. The skis Smith is looking for exist. In fact, she skis on them. But they aren't women's skis, or at least they are not skis expressly marketed to women. By industry standards, Smith skis on men's skis. "I'm not an extreme case--there are a lot of women charging out there--but no, I can't find that in a women's ski," she says. "Just because someone is a woman or a man doesn't mean they ski a certain way." "The message is there are skis and then there are women's skis. We often focus on the effect this
Post a Comment
Read more
More posts