Showing posts from October, 2017
Show all

Staying fit for the slopes the Olympian way 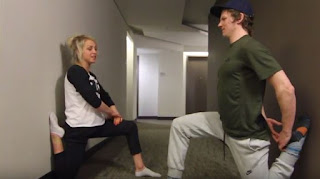 Olympic snowboarders, Aimee Fuller and Jamie Nicholls share their tips for staying fit for the slopes after a day on the hill snowboarding. So whether you're a skier or snowboarder find out how to last the week by clicking  here.
Post a Comment
Read more

Winter 2017 – 2018 in Morzine  by More Mountain If you are familiar with Morzine, you will know that there is always something going on. Winter 2017 – 2018 in Morzine is no different, not only are there lots of things for skiers and non skiers to do, but there are music festivals and themed weeks to keep you entertained. More Mountain  put together some of the events happening throughout the forth-coming season. Winter Wonderland – 23rd December to 5th January Yes a ski resort should be a winter wonderland, but Morzine is making it extra special this year with a number of festive events. The tourist office square and surrounding streets will be full of Christmas spirit. Expect to see a huge Christmas tree, stilt walkers, concerts, a light show and an open air ball. Apparently they have also revamped the torchlit descent into a “Ballet style”, which will be interesting. Snow Parking – 7th – 14th JanuarY This is our blokes only snowboard camp focussing on freest
Post a Comment
Read more

Ski hire is all the same, right? The Good Ski and Boot Guide: Rental Step-By-Step By  Jock Dun Ski hire is all the same, it’s just a question of getting the  cheapest price – right? Well you couldn’t be further from the truth. If you’re planning a ski trip, then sorting out your equipment hire will be high on your list of things to do. The age, the fit, the suitability and the condition of your equipment all make a massive difference to your ability to ski well and progress, not to mention to your comfort, safety and enjoyment. The internet is awash with sites offering too-good-to-be-true deals on ski hire, and many of the big tour operators will try to sell you ski hire as well. Unfortunately, though, far too often they focus only on the price – as if ski hire was just a commodity – and not on the much more important issues of quality, service and suitability. Yes, of course the price is an issue, but it’s really about the best  value  for money rather than just the cheapest price or the biggest discount.
Post a Comment
Read more

Revealed: Morzine is one of Europe's cheapest ski resorts!

October 19, 2017
by  Joe Mahon , travel writer B ig news for budget-conscious travellers – according to a new report this week, the Slovenian resort of Kranjska Gora has the lowest prices in Europe, knocking Bansko in Bulgaria off the top spot for the first time in seven years. Produced in partnership with Crystal Ski Holidays, the 11th annual ski costs survey from the Post Office compared prices in 22 European resorts – five French , five Italian , five Austrian , three Swiss , and one each in Andorra, Bulgaria, Slovenia and Finland. Acclaimed as Europe's best-value family resort in December last year, Kranjska Gora has now been confirmed as the cheapest resort overall, followed by Bardonecchia , in Italy. Of the 10 cheapest destinations on this year’s Post Office report, four are Italian, providing an alternative to the  Eastern European resorts which are usually seen as a good bet for a lower-priced winter sports break. The biggest decrease is Morzine
Post a Comment
Read more

€147.9 million on lift and piste development over the next 20 years

October 15, 2017
The big news at the  town council public meeting this month was the formal presentation of a new lift development connecting Morzine and Avoriaz. The current Mayor has expressed his desire to better connect the two resorts for a number of years, and as far back as 2009 we heard rumours of a new telepherique to link the two together. However, although those responsible for the resort’s development have approved the final plan for the new lift, there are likely to be a number of legal objections which could delay construction for a long time. More on this to follow… Read on...
Post a Comment
Read more Still undecided about what to do over the Christmas holidays?  Alptitude have the answer for you; Have yourself a merry little (white) Christmas here in Morzine! Christmas in Morzine is without doubt one of the most magical times of the year here in Morzine. The streets of Morzine will be full of Christmas spirit and excitement.   There will be a Giant Christmas tree, stilt walkers, live music, a light show and much much more. Father Christmas and his elves even have a small village in Les Gets that you can visit and see them hard at work in their workshop! As a gift to all of you coming to stay at Christmas –  free children’s liftpasses!* *Offer applies to all children under 12 years old when buying an adult Portes du Soleil liftpass valid from 5-7 days. Deal runs from 23/12/2017 to 29/12/2017 inclusive. The free liftpass will be valid for the same duration as the one purchased. Alptitude  have some great  apartments and chalets  for you will even put
Post a Comment
Read more

8 Things to Learn Before Ski Season 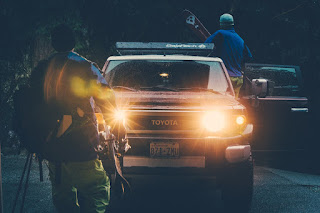 Make sure you’re getting the most out of the hardest waiting game on earth! Sure the offseason is always too long, but without the distraction of fresh snow, right now is our best chance at self-improvement. Whether it’s coming back stronger from an injury or finally getting a job that pays above minimum wage, these months provide the equilibrium that keeps us from plunging into the powder abyss (unless you're still getting it in South America, that is). But self-improvement is also about picking up new skills, getting that step ahead of hordes of skiers aiming at your secret stash. To make sure you're getting the most out of the hardest waiting game on earth, here are a couple things you should learn before the bull wheel starts spinning in a few short months. 1. How to put on chains  READ ON
Post a Comment
Read more 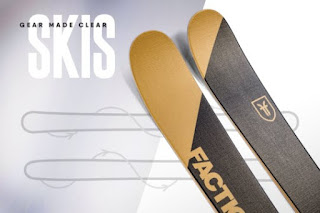 Ski construction may seem like a difficult subject to fully grasp—after all, how often do you get to take a look at the proverbial guts?—but the reality is similar building principles apply to each and every pair of planks on the market, regardless of the brand behind them. Freeskier.com  have kindly put together this guide to ensure you know exactly what it is you’re looking for in your next set of skis. READ ON...
Post a Comment
Read more

So, you’re no stranger to hitting the slopes come winter. This time, you’ve taken the step to buying your own skis and you can’t wait to get out on the snow . But wait, it’s not that simple. You’ve got to get your equipment to the resort! What’s the cost of flying with skis ? This varies from airline to airline – and if you don’t plan ahead, you’ll get stung. Here’s our ski equipment flight carriage cost guide for the 2017/18 season. Note: Some airlines will accept ski equipment instead of baggage with no extra charge. This sounds like a great deal but let’s face it, we all take baggage with us on a ski holiday. In these instances, we’ve listed the additional charge of travelling with both baggage and ski equipment. All prices mentioned below are for flights to and from your destination.   READ ON...
Post a Comment
Read more
More posts