Showing posts from June, 2012
Show all

Some of the most important things that happened this winter. By: Powder Magazine / Posted on May 11, 2012 Words: John Clary Davies and Heather Hansman It was the best of times, it was the worst of times. No, really, it was. Despite the losses we sustained, and the snow we didn’t ski, this winter was still full of highlights, and really high ones at that. Here’s what we’re going to remember from this winter. Powder turns 40 In 1972, the following poem ran in the first issue of POWDER magazine: There are mountains that i have come from and mountains i will go to. the mountains have shown me a love, a happiness, that must be shared. In December 2011, POWDER editors, writers, photographers, readers and the skiers that graced the pages gathered in Sun Valley, where Dave and Jake Moe started the magazine 40 years earlier as a rebuke to the prevailing ski titles at the time. “To us powder means freedom…” the editors wrote in that first issue. To cele
Post a Comment
Read more

7 Questions with the Father of Avalanche Airbags

Attributed with founding the modern avalanche airbag in the ’80s, Peter Aschauer has been a pioneer in, what he calls, the avalanche emergency equipment market. While never caught in a slide himself, Aschauer has witnessed avalanches and lost friends in them. At the helm of one of the most well-known avalanche-related gear companies, ABS , the company’s founder took some time to chat with Skiing Business about the future of airbags and avalanche safety equipment. Peter Aschauer What do you think it will take for airbags to become mainstream enough for the occasional sidecountry or backcountry user? And When do you see the price and weight coming down enough for the mainstream user? Every published avalanche accident contributes to raising the awareness for the inevitable residual risk.  Everyone who enjoys out-of-bounds skiing has to take into account the possibility of triggering a snow slab or being caught in an avalanche.  Even the most experienced cannot eliminate th
Post a Comment
Read more

The peace in the  mountains is a major element which we can all enjoy but are you aware of Morzine's specific rules concerning noise pollution? Here's what the guys at Yodel mag have discovered...  If you've ever had a luxurious lie in interrupted by some noisy roadworks, you'll appreciate the sanctions placed by Morzine to try and keep the peace. Noisy worksites, grass-cutting and all other disruptive outdoor noise is banned all day on Sundays and bank holidays. On Saturdays and normal working days, noisy activities are banned between 8pm and 8am. Any work that might be deemed a nuisance to those nearby is also banned for both high seasons! That means from the third weekend in June until the second weekend in September and in the winter; the second weekend in December until the last weekend in April. That's alot of peace and quiet...enjoy your lie in on Sunday!
Post a Comment
Read more

Who Invented Snowboarding? Not Jake Burton By Michael Frank, Adventure Journal on June 7th, 2012 On Christmas Day, 1965, Muskegon, Michigan’s Sherman Poppen’s pregnant wife, Nancy, wanted their two daughters, Wendy and Laurie, to play outside so she could get some rest. When the girls were disappointed they couldn’t safely stand up in their sled to go down the snow-covered dunes in their backyard, Poppen fastened together a pair of kid’s skis and after some tweaking invented Muskegon’s most famous toy, the Snurfer. The rest, as they say, is history. By 1968 Muskegon was hosting the World Snurfing Classic, and Poppen licensed the Snurfer name to Brunswick, which sold over a million of the proto-snowboards by the early 1980s. And even though Poppen didn’t actually bother to take up snowboarding until he was in his late 60s, he’s still considered the father of the sport, honored by the Olympic Committee when snowboarding was inducted into the Games. Poppen is being honored
Post a Comment
Read more 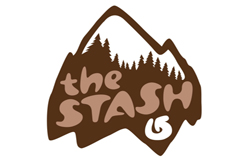 It's all too easy to take the cleanliness of our mountains for granted but now you have a chance to get involved. On Thursday 21st June at the bottom of the Express Prolays (Stash lift) you can meet other willing volunteers at 10.30am to help clear the mountain of the winter's rubbish. Don't worry, there will be transport provided to the top of the lift line! All you need to do is make sure you're wearing sensible clothing and sturdy footwear as gloves and bin bags will be provided. At the end of the day, Avoriaz Snowzone will kindly be providing a BBQ for all those who volunteered to help out. If the weather isn't looking okay on the day then it will be rescheduled to Friday 22nd. A message from Stew Monk, who will also be making a short video to accompany the event: "In conjunction with Mountain riders, our aim is to host an event that brings everybody together to increase awareness of the impact rubbish has on the mountains, and how people's beha
Post a Comment
Read more

Ski with a Buzz. Get Stung by the Fuzz.

It goes without saying that skiing (and snowboarding) while drunk is dangerous. Heck, skiing while sober is dangerous enough. Yet alcohol is almost as much a part of the culture as snow. To realize that the message about skiing and drinking doesn’t always compute, one needs to look no further than the U.S. Ski Team, where two widely publicized incidents highlighted the issue. The first was Bode Miller’s startling-but-not-so-startling admission that he has skied drunk in World Cup races. The second was the tale of former U.S. Ski Team development squad member Robert Vietze. Vietze blew his chance at the 2014 Olympics by drunkenly urinating near a sleeping 11-year old girl during an August 2011 JetBlue red-eye flight home from training in Oregon. Lawyers are often accused of ruining everyone’s fun, so let me clarify: No one’s saying don’t drink. I have lots of fun when I ski and enjoy a good après ski as much as the next person. However, it is important to understand the risks and l
Post a Comment
Read more
More posts