Showing posts from June, 2015
Show all

Snowmaking Will Not Save Us

Snowmaking Will Not Save Us Why it isn't the answer to decreasing snowfallby: Jakob Schiller @ Powdermag

Fall’s the time when ski resorts start to fire up their snowmaking guns. But manmade snow is not the answer to a diminishing snowpack. PHOTO: Justin Cash
The first time I went to my local ski area last year—Sipapu Ski and Summer Resort in northern New Mexico—there was one run open and almost all the snow was manmade. To any bird flying over it must have been quite a scene: a mostly brown hill with a thin, continuous patch of white running from top to bottom.

Mountain Rider’s Alliance are always looking for new, clean, and innovative ways of powering our uphill transportation. These lifts from all around the world have set the (T) bar high, plowing a path for the future of skiing. Without further ado, we present the Greenest Ski Lifts in the world:

1. Tenna T-Bar, Switzerland
This T-Bar is known as the world’s first to be powered by solar panels, which are placed along the lift. The lift generates over 90,000 kilowatts a year and sends energy back into the grid when it is not being used.

June 20, 2015
Should you Hire or Buy your Snowboard Gear?by RachelVerity While skiers can rest assured that their rental planks have been built this side of the millennium, snowboard rental gear tends to be a little more hit and miss. (Well generally, but here at Doorstep Skis, Morzine, we can offer snowboarders the latest Burton snowboards- everything from traditional cambers through to the latest trick Rockers!)

But while it might be fair play for a seasoned rider to scoff at the offering of a battered old Burton Cruzer, what about rookies who are yet to stumble down their first green run? Is it that important that they deck themselves out in the latest and greatest? Probably not.
If you’re prepping for your first snowboard trip and debating whether to splash out on your own gear or head to the hire shop, here are a few thoughts to help you weigh up the pros and cons.

Wolves return to the Alps

Report courtesy of  Planet Ski
The animals have been re-introduced to parts on the Alps and they are a protected species.


They are growing in numbers and getting more adventurous.

There are thought to be about 200 wolves in the French Alps and their numbers are growing.
In France they are a protected species and farmers can not kill them.

Two years ago there were 600 reported wolf attacks on farm animals.
.
The biggest threat they pose is not to humans but rather livestock, and especially sheep.

A farmer in the Austrian region of Carinthia shot a wolf last month after he claimed it had killed several of his sheep.

Some politicians claim farmers should be compensated if wolves attach their livestock.
Post a Comment
Read more

How to adjust when your parents slow down 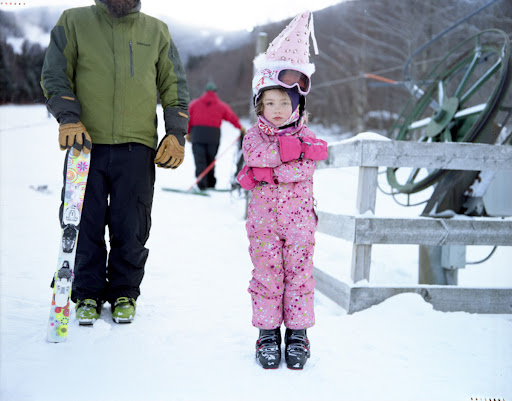 How to adjust when your parents slow down by: Heather Hansman My father is in town for 48 hours. For his one evening, I convinced him to go night skiing. We drove up Snoqualmie Pass in a downpour and crossed our fingers the temperatures would drop. He changed into his ski gear in the car, and we headed out into the just-below-freezing snain as the lights came on.
When my dad first helped me latch my hands around the rope tow, I don’t think he knew how deeply skiing would take root for me. In college, he bought me a telemark setup and, in the dark before my first tour, he helped me cut my skins—wobbly edged and uneven—under the dome light of his car. When I moved to the mountains to submerse myself fulltime in the uphill-downhill world of skiing, my dad would plan work meetings in Denver around storms and drive up I-70 to crash on my couch like one of my low-budget friends. He’d take my roommates out to dinner to alleviate the weirdness of couch dad.
There was a point, sometime around t…
Post a Comment
Read more

Resort Guide: Morzine, France
Morzine and Avoriaz are two of the best ski towns in France and form part of the huge Portes du Soleil area. Purpose-built Avoriaz is perched seemingly precariously on a plateau at 1800m. It is very convenient, offering ski-in ski-out accommodation, but lacks the friendly atmosphere of Morzine which breaks the traditional French stereotype not being as ugly as sin, and instead an attractive village full of wooden chalets with not a high-rise in sight!READ ON..
Post a Comment
Read more

Monday, June 16, 2014 Best Resorts for Beginners It may not be the prettiest resort in the world, but there’s no denying Avoriaz is one the hottest places to learn the ride. With 650km of piste at your fingertips, Avoriaz and the Portes du Soleil area have to be on the list of places to shred.
The nursery slopes are right next to the resort centre and the park is nearby if you’re part of a bigger group with some experienced guys. Many of the gentler runs can be easily lapped with a decent lift system in place too.
Whilst the resort is not solely dedicated to beginners, it’s a good introduction to the Portes du Soleil area which can keep you coming back for years.