Showing posts from January, 2012
Show all

January 30, 2012
As always the K2 range of skis have proved incredibly popular again this season. So much so, we thought we'd post a link which gives a short review and vital statistics for the full K2 range. Have a look and then go to Doorstep Skis to book your K2 rental skis. http://www.ski-review.com/ski_reviews/c/k2/
Post a Comment
Read more

The guys at Yodel worry about as bit too much really, so just to make sure you're taking extra care in the cold they come up with a few handy tips. Mobile phone It is inevitable that when skiing you will need to take your phone, for safety if nothing else. The only problem being that in colder temperatures our phone’s battery can seize up and empty even if it’s fully charged. A simple solution can be found in just wrapping it up, you could use the case for your goggles rather than taking extra bulk up the mountain. Camera Similar problems can occur with your camera so it is also a good idea to ensure you have some kind of a case or warm wrap to protect it. Some people believe the battery lasts longer outside of the camera, so they keep it separate until they are ready to start taking photos. When returning from your days skiing try not to take the camera straight into the warmest environment but instead allow it to acclimatise in a cooler area. Car Always re
Post a Comment
Read more

Keeping Your Kit Safe Lots of skis and snowboards are going missing in Morzine, Les Gets and Avoriaz at the moment. Whilst we're very sure that the problem isn't unique to our resorts, there are some very simple ways to keep your kit safe. When you think about it, ski kit is an easy target in a ski resort. Where else would you leave a couple of hundred quid's worth of equipment outside a restaurant or bar unattended for a couple of hours? The low levels of crime in Morzine, Les Gets and Avoriaz make our resorts a great place to live, work and holiday. But in reality, we all need to pay more attention to our precious kit; the impact of it going missing could seriously affect your time in resort. In the last couple of weeks there have been quite a few thefts, mainly from outside of restaurants and bars on the mountain. Here's Yodel's guide to keeping your kit safe... Lock your kit up Some mountain restaurants have lockable ski storage areas for yo
Post a Comment
Read more 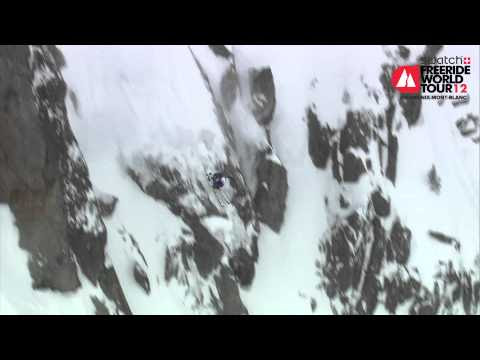 New Zealand’s ‘Super Smoothy’ Wins FWT at Chamonix-Mt. Blanc Oakley White Allen lands on second podium of the season; Jackie Paaso wins women's title By powder.com / Posted on January 23, 2012 From the Freeride World Tour — Winning a men’s ski contest on the Swatch Freeride World Tour deserves a place on the list of “hardest things to do in sport.” Sam Smoothy from New Zealand, who has battled through qualifiers and injuries over the last few seasons, proved that persistence always pays off and hit the top rung of the podium for the first time today in Chamonix-Mont-Blanc, France. (See the ‘Super Smoothy’ winning run, up top.) In second place was one of the tour’s most consistent performers, Reine Barkered from Sweden. In third place was tour newcomer Oakley White Allen from the USA who, following his second place finish in Revelstoke, will go to the top of men’s ski rankings. Smoothy chose th
Post a Comment
Read more

Rosie Smith is a nutritionist and helps ski chalets to write a hearty and healthy menu for their guests. She is currently working with Skiology and here she tells Yodel why food is such an important part of your ski holiday. Before your holiday… To make sure your body is in the best condition for ensuring you get the most out of your ski holiday, consume a healthy balanced diet. You will need to have optimised energy stores before the start of your holiday so you get the most out of your ski holiday. During your holiday… Your skiing performance whilst on holiday will be affected by several nutritional factors. Firstly, as something we tend to forget about when we are on the slopes, hydration is key to delaying the onset of fatigue – something we all experience during a hard days skiing. Not only do you fatigue quicker, the all too familiar mid-afternoon dip, but being dehydrated can affect your concentration which is crucial for negotiating your way down a slope – whatever level
Post a Comment
Read more

Sauvages brought a whole new type of music festival to the pistes around the Portes du Soleil. Here's some of the line-up for this year's event kindly brought to you by Yodel ; Described as 'the freshest French festival', the Rock the Pistes Festival or Festival des Concerts Sauvages as it was known last year is set to take place across the Portes du Soleil from 24th to 28th March 2012. French and international music groups will be playing on the slopes of the Portes du Soleil and the concept of the festival is certainly unique. Over 5 days 7 acts will perform on specially erected stages in or near resorts across the ski area. And best of all, it's free with your lift pass! Here's a few of the big names on the line-up: Louis Bertignac – Saturday 24th of March at 1.30pm in Morzine-Les Gets Ex guitarist of the famous French band Téléphone, Louis Bertignac has already released 6 solo albums, his last one being Grizzly – Ca c'est vraiment moi. He's
Post a Comment
Read more

Coming straight from The States, Les Gets hosts the European leg of the Big Mountain Battle at the end of January and the beginning of February. Want to get involved? The Big Mountain Battle is a team based event and is open to skiers and snowboarders of all ages and levels. It is a battle though... each team of 2 people must cover the entire mountain, passing checkpoints at lift stations, runs through the resort and hike around the mountain within 3 hours! Each team is given a course map and a team card and will be tracked by GPS - so no cheating! The top three teams with the best times across the circuit win! Have a read of the rules... There are 4 Big Mountain Battle events taking place in Les Gets this winter: Saturday 21st January 2012 - The Igloo Battle Saturday 28th January 2012 - The Ba Bar Battle Saturday 4th February 2012 - The Zebra 3 Battle Saturday 11th February 2012 - The Bowling Battle It costs €10 per person / €20 per team to enter each or €30
Post a Comment
Read more 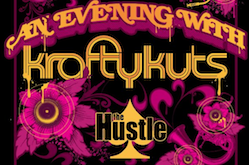 Tickets are on sale right now for the Krafty Kuts gig at L'Opera in Morzine on 17th January- which we're all really looking forward to, so it was great to see Local magazine Yodel, having a quick chat with Mr Krafty himself (AKA Martin Reeves) about the Morzine gig... The pioneer of breakbeat, funk, DnB and dubstep is renowned as one of the best DJ's on the planet. It's not every day that something like this happens in Morzine and it's the perfect warm-up for the Basscamp Festival , set for April. Are you looking forward to playing in Morzine later this month? Yes very much so always love playing at ski resorts especially here as I know you have some great runs which is a bonus. Have you been to Morzine before? I have not but have been doing my research and noticed you have some amazing runs and lots of dj's coming in over the next few months. Looking fwd to bringing some Krafty Bass & Beats for the first time. L'Opera is Morzine's largest
Post a Comment
Read more

Most groups have a skier who isn’t desperate to be on the mountain every day and most people have a day of the week where the prospect of spending another 8 hours solid skiing or snowboarding just isn’t appealing. Bearing this in mind, Local rag, Yodel, have put together a couple of ideas for those of you wishing to take some time out. Here's what tey haad to say... Morzine is not just a ski resort but a lovely Alpine town too. As well as spending time exploring the shops and businesses of our lovely town, there are also all sorts of other activities to get involved with, rain or shine. Welcome to the world of the down day.... Enjoy Yourself Relax and enjoy yourself at the new swimming pool complex in the heart of Morzine. Newly built for December 2011, the complex features a new swimming pool measuring 25m x 15m but that’s not all there is to enjoy. There is also 3 saunas and 2 hammams to complete your pampering experience. The separate kids and learner's swimming pools
Post a Comment
Read more

Snow Thieves Winning "Battle of the Boards" - For Now!

January 04, 2012
After having some of our own rental equipment go "missing", we came across this encouraging report which shows there might just be light at the end of this dark tunnel... Read on And to see how easy we/you/everyone makes it for the theives, have a quick look at this little clip.... View
Post a Comment
Read more

January 03, 2012
Morzine, Avoriaz and Les Gets have more than their fair share of talented photographers as the front covers of magazines regularly testify! Yodel magazine investigated and came up with a few tips from the best of the best to make sure you get the photos your holiday deserves. Robbie Davies - Apresimaging on Facebook To make your photos really stand out and have that ‘wow’ factor, you must experiment with your camera. Try different angles, foregrounds, backgrounds and focus. Never let disappointing images get you down – let it be a learning curve and think positive! Practise makes perfect! Stewart Monk – www.reelfunmedia.com Keep your equipment organised – if your kit was expensive it needs looking after so you’ll need to store it, pack it and carry it correctly. Use a faster shutter speed or a sports setting to capture action on the hill. Damian McArthur – www.damianmcarthur.com Look after your athletes. Without them you are a landscape photographer! If your waiting for your c
Post a Comment
Read more
More posts